“Welcome to our website! We hope you will enjoy exploring our videos and song lists, and reading some testimonials from our lovely couples.”

The multi-award winning Nero String Quartet is one of the most sought after string groups in the UK having performed at more than 2000 weddings and private functions. The quartet have performed on TV, film and pop recordings – most recently on GMTV, Don’t Tell the Bride, Four Weddings, and Made in Chelsea. Established since 2001, the musicians have also performed in shows and concerts with several artists and professional orchestras (including Michael Bublé, Massive Attack, Neil Diamond, BBC Phil, BBC CO, BBC NOW, WNO, RTE, RLPO and the Ulster Orchestra) as well as performing on luxury cruise liners including P&O, Fred Olsen, Celebrity and Cunard. 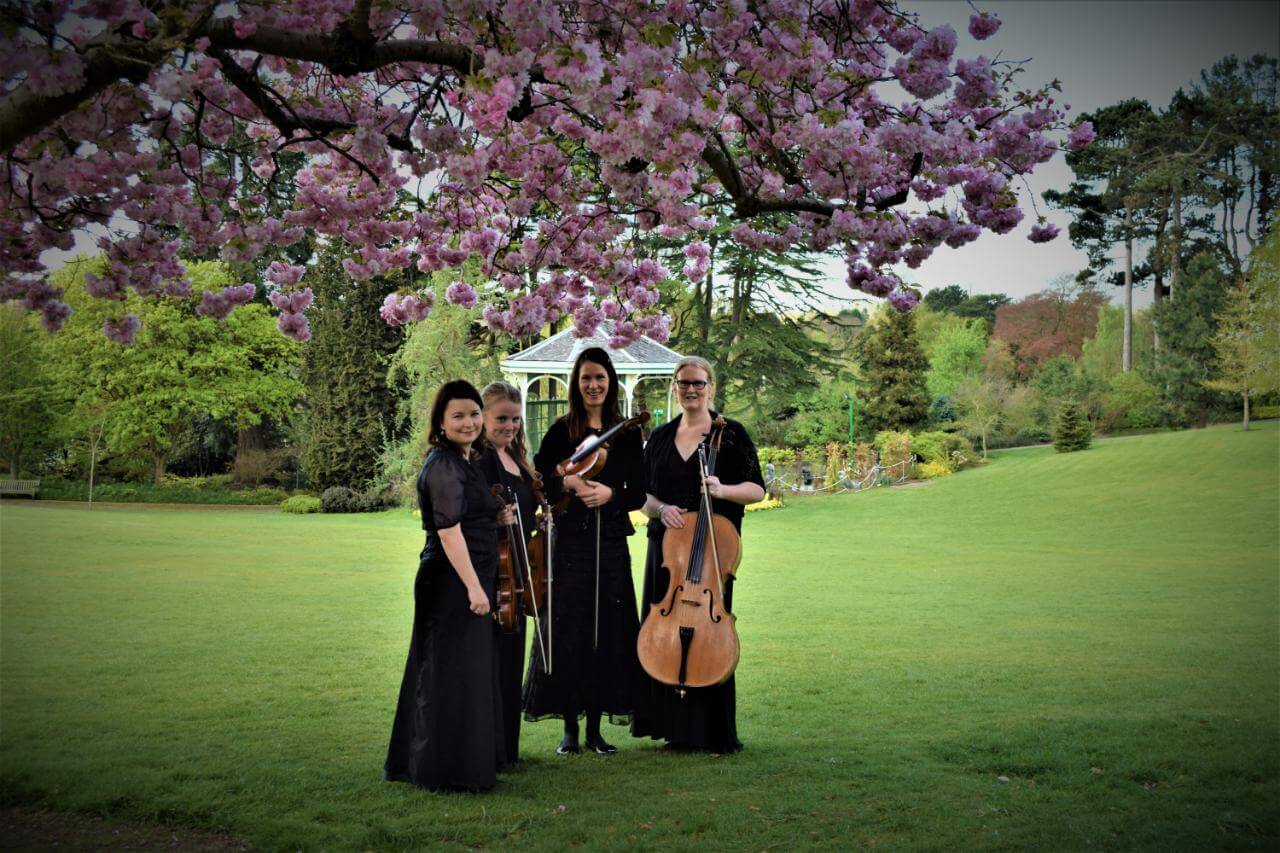 has one of the widest repertoires available which includes Pop and Rock, Disney, Film and TV, Jazz, Musicals, Classical and Bollywood with the quartet’s popular repertoire having been specially arranged and unique to the Nero String Quartet.

After performing widely across the UK as well as abroad (USA, France, Spain, Italy, The Netherlands and the Middle East), the quartet have, for the last decade, dedicated their time only to weddings and functions and they absolutely love what they do! Over the years the Nero String Quartet has been delighted to win awards such as the Wedding Industry Experts Awards, Regional Wedding Industry Awards and the Elgar Award and is proud to be the recommended string quartet at numerous prestigious venues.

Nero String Quartet is the recommended supplier at numerous venues and the quartet has been featured on:

You and Your Wedding Magazine

The Nero String Quartet have a wide ranging repertoire, from Bach to Beyoncé and Tchaikovsky to The Killers. Please click HERE to view our repertoire list and to listen to some sample music please click HERE.

I just wanted to email to say a big thank you for you and your colleagues hard work and fantastic playing last weekend. So many people have commented on the lovely music, it was really excellent.

We want to say a HUGE HUGE thank you to you and all of the quartet for performing at our reception. A lot of people have told us they really enjoyed your performance. And we really appreciate the additional effort in linking up with our DJ to make our first dance extra special. Thanks so much again – we enjoyed it so much.